KITESURFING: HOW DID IT BECOME A SPORT?

You are here:
Kite School 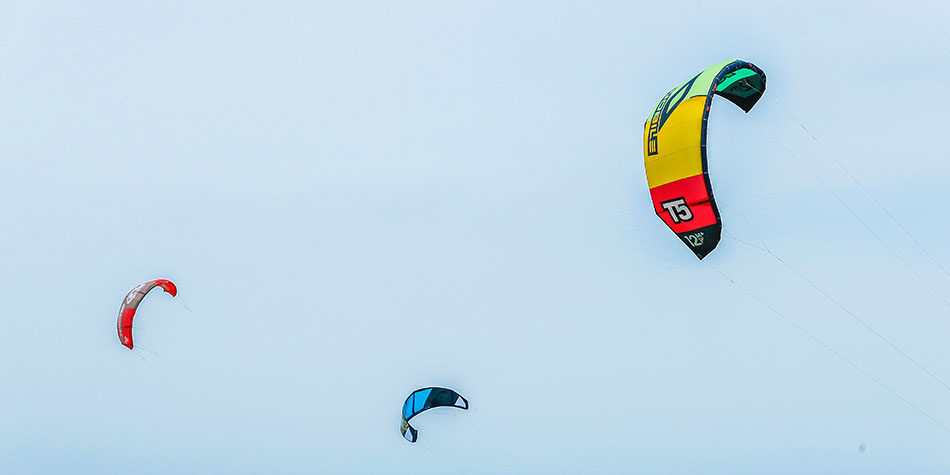 If you’ve ever been to the beach, you’ll know that water sports are very popular. You will have probably seen surfers riding the waves on their boards; jet-skiers speeding across the water; and perhaps even the occasional wind-surfer.

You may have also noticed a few people riding waves on boards similar to surfboards, holding on tightly to an unusually big kite. This is called Kitesurfing.

Kitesurfing is an extreme water sport, a cross between windsurfing and wave surfing, that requires the use of, you guessed it, a kite.

Even to the untrained eye, kitesurfing looks extremely fun and exhilarating – because it is. Beach goers often find their eyes drawn the sight of the kitesurfer, weaving up and down on the waves, with the wind propelling them along.

It’s a great sport, and people often find themselves stopping to wonder who they have to thank for the existence of kitesurfing.

Kitesurfing as we know it today would not exist if it weren’t for the efforts of a handful of people.

It all, reportedly, began in 13th century china – when people used wind propulsion as a method of transporting goods back and forth.

Taking inspiration from this, in the 1800s, George Pocock harnessed his carts to kites, using the wind to move his cargo. This was quite ingenuous on Pocock’s part, because at the time, “horse taxes” were levied. Using the wind to move his cart, he could use the roads without a horse and escape paying the tax. On water, he applied the same method of propulsion and rigged the kites to ships.

What does this have to do with kitesurfing? Well, the control system he used to manipulate the kite was a 4-line control system, very similar to the ones kitesurfers use today.

Fast-forward to a century later, Samuel Cody, a forerunner in the aviation field, invented “man-lifting” kites. These kites, as their name suggests, were large and strong enough to propel the weight of an adult man. And in 1903 Cody used his invention to cross the English Channel in small, collapsible canvas boat.

Seventy-four years later, in 1977, a Dutch man by the name of Gijsbertus Adrianus Panhuise was granted the first patent for kitesurfing. He didn’t call it “kitesurfing”, however. The patent was, specifically, for “a water sport using a floating board of a surf board type where a pilot standing up on it is pulled by a wind-catching device of a parachute type tied to his harness on a trapeze type belt.”

Needless to say, this patent didn’t take off commercially. But Panhuise is still sometimes considered the creator of the concept of kitesurfing.

Internationally, the Legaignoux Brothers are the considered the real inventors of modern kitesurfing. From Brenton, France, Bruno and Dominique Legaignoux began experimenting with kites in 1984. In 1985 they demonstrated a prototype of a kite at the Brest International Speed Week. Shortly after the demonstration, they filed their first patent. Today, they are recognised for inventing the world’s first inflatable kite.

Meanwhile, in Oregon, USA, Cory Roeseler was building a “KiteSki” system. He enlisted the help of his father Bill, an Aerodynamicist, and they built and patented the KiteSki together. Comprised of a pair of water skis, powered by a 2-line delta-style kite, the system they built was controlled by a winch-brake combo system. Roeseler’s KiteSki was a success – it had a simple water relaunch system, and its kite could fly upwind. In 1994 the KiteSki became available to the public.

In the latter half of the 1990s, the KiteSki evolved into a single-board and kite system. The board was similar to a regular surf board, much like the ones we use today.

Kitesurfing didn’t become greatly popular until 1996, when Manu Bertin and Laird Hamilton demonstrated the sport along the Hawaiian coast of Maui. The two surfer were instrumental in the popularisation of the sport. Soon after this, the name of the sport, which was referred to as flysurfing, changed to kitesurfing.

Kitesurfing became a recognized mainstream sport in 1998, after Joe Keuhl held the first kitesurfing competition. Humorously called the “Kitesurfing World Championships”, the competition had only twenty-five competitors in total.

Public interest in the sport started to steadily grow after that.

Today, kitesurfing is very popular. The sport has its own star athletes and enthusiasts who travel all over the world to countries like Egypt, South Africa, Philippines, Croatia and Sri Lanka in order to catch some choice waves.

While not as popular as it is abroad, kitesurfing is garnering a lot of interest with locals and tourists alike.

People swarm in from all over to globe to Kalpitiya, the number one location for water-based activities in Sri Lanka, People looking for things to do in Sri Lanka usually wind up there, be it for the whale-watching, the snorkelling, or the kayaking.

In addition to all these, Kalpitiya is also the number location for kitesurfing in Sri Lanka. In fact, it’s one of the top locations for kitesurfing in Asia, and has become to go-to destination for foreign kitesurfers. Enthusiastic, kitesurfing locals can often be found riding the waves and having the time of their lives, any time you happen to visit the beach.

If learning kitesurfing has always been an interest of yours, take a trip to Kalpitiya, and learn. Kitesurfing is fun, adrenaline charged, and well-worth the short time it takes to learn the sport.